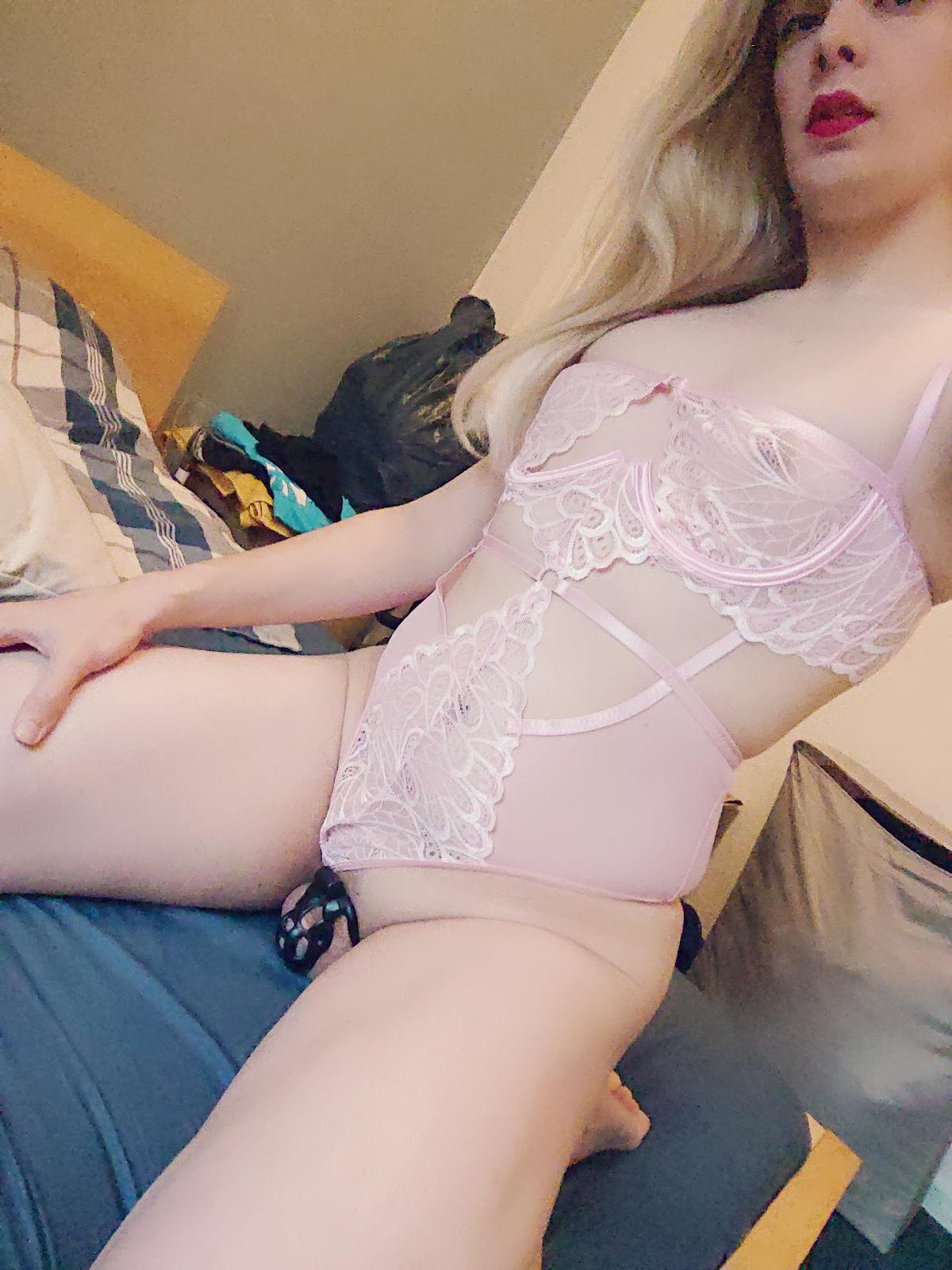 He pouts in his lingerie, so she settles beside him on the bed and ruffles his newly dyed hair.

She knows he needs reassurance during this difficult moment.

She speaks softly, “So come on Honey, you agreed to all this.”

“You signed the contract and gave him the keys to your,” she paused, blushed a little and rubbed his little chastity cage.

“I don’t think I agreed to this though,” his eyes grow damp with tears as he indicates the plastic bag behind him.

Giving him a peck on the cheek, she says, “I think you did.”

He crunches up his fists, “But that was when I was excited. He got me aroused. And then I’ll say anything.”

She laughs, “You and me both, Honey. He’s good at doing that to us.”

Still sitting he twists around on the bed. “Yes, but that’s fine for you.”

He sees his wife narrow her eyes with irritation so he bows his head.

Then he had no more arguments.

She keeps her voice at a gentle tone, “You agreed, Honey, to put the last of your men’s underwear into a bin liner for him to collect.”

“And you agreed to wear whatever garment he sent you and then take a pic of yourself in front of the bin liner you are going to hand to him.”

He batted his eyes at her, his chin down on his chest, “But it makes me feel so defeated. So vulnerable. So owned.”

She smiles and kisses him on his nose. “I know.”

Her tongue touches her top lip. Suddenly she is aroused. Her alpha male has dominated them both – thoroughly. There’ll be no way back for Honey now, and therefore, no escape route for her. He owned them both.

“Perhaps Miss,” he said, his eyes blinking quickly, “Sir will give me back my clothes in a few days. You know, once he’s made his point. Don’t you think?”  He grows excited, more animated. “Oh, and give you the keys to my chastity cage!”

She laughs, how can he be so dumb? Once her lover  owns them, he won’t release them until he tires of them.

She strokes his hair.

“So be a good girl,” she says, “and do as he has instructed you. You need to picture yourself wearing his present with your old clothes in the background. Go on, be a big girl.”

He smiles bravely and sniffs up the tears.

“Yes Miss. Now I know it is only a game and he will return them, I’ll do as he has instructed.”

He straightens his arm, a moment of manoeuvring the camera later, the flash goes off.

Oh My God, she thinks, it is happening.

She can barely breathe as she says quietly, “So send it to him. You know he wants to see it.”

He busies himself with the camera and then looks at her as if he has achieved something.

“Oh Miss, I bet he lets you have the keys this afternoon!”

She laughs and cuddles her dumb arsed, sissy maid.