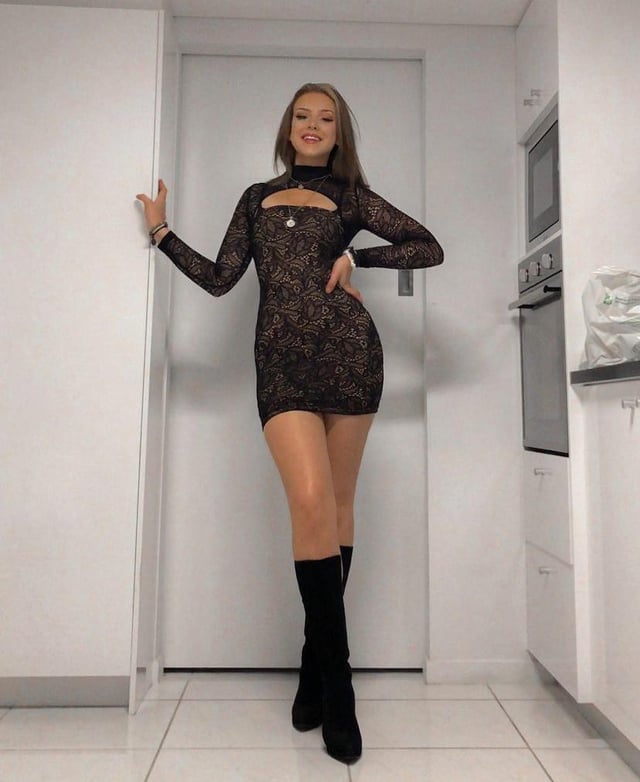 “You did say I should do what he wants. So you only have your self to blame.”

She is now laughing as she continues.

“He said he wanted you gagged, cuffed, and chained to the radiator.”

You try speaking around the gag, but it is stuffed so hard in your mouth that only muffled grunts emerge.

“Oh, just look at you, blushing like a school girl. Is that because of the lingerie you are wearing? Hmmm? Or maybe it’s because of that tight cock cage you are are locked in.”

She checks her watch.

“He said he’d be here in two minutes, and you know what he’s like. What he says he does. Like real men do.”

She giggles, putting her fingers to her lips. “Oh you shouldn’t squirm like that.”

She makes to leave the kitchen when she stops as if she has just remembered something.

“Oh, by the way. He asked me how many keys you have for your chastity cage. I said two. I know it’s two because we unpacked the box together. I wonder why he wants to know.”

She gasps theatrically. “Oh my! You don’t think it’s because he is going to tell me to hand them over do you? I mean both keys!”

She pokes her tongue into her cheek, her grin filling her face.

You didn’t know she could be so dominant.

“Oh, you’ve stopped wriggling! You look terrified. Oh don’t worry, I won’t give them to him. That would be cruel.”

The door bell chimes, demanding to be answered.

She opens the kitchen door into the hallway but pauses. When she turns she has an exaggerated concerned expression.

“Oh dear. If he asks me to hand over your keys then I cannot say no, can I? Because you said I should do what ever he says.” She holds up the tiny keys, seeing his eyes grow wide. “Still maybe he won’t ask for them. Eh?”

“Oh my. I best hurry. I know he wants to see you before we go to the bedroom, so behave!”

Seconds later there is the sound of a deep voice in the hallway followed by a  squeal and giggles.